How to Redesign a Product Without Ticking off Users

Redesigning a product every 2-3 years become fashionable lately. The market is always growing, technological giants come up with new solutions, old colors and fonts become boring. This is where the idea is born: “Let’s change everything!” Then comes the new logo, new colors, new fonts, and even a new business model. Users don’t like change, and every time they will say: “It was better the way it was.” We will explain why people always seem dissatisfied and how to properly restart a product as a product manager without infuriating users.

In 2015, Yandex decided to monetize Kinopoisk’s 15 million-a-month audience and turn the site into an online streaming service. The development of the site’s updated version went on for two years. On October 8, the website transformed from the Russian IMDb into an online movie theater, and just four days later – the company returned the old version. In 4 days, users posted 20,000 negative tweets, and the site received 96% negative reviews. Money wasted; managers fired.

Users criticized the new “Kinopoisk” for its slow loading speeds and an unusual and ill-conceived interface. The old site wasn’t that great either: it was made according to the standards of the mid-2000s, so it looked somewhat clumsy and archaic. Users didn’t have much, and the portal became relatively familiar within a couple of years. With the launch of a new minimalist and modern layout, the designers broke the recognizable patterns of interaction with the interface but didn’t give users any time to get used to the new one. Yandex released a redesign in one day without beta testing or the ability to view the old version.

But what ticked people off the most was the fact that Yandex changed the entire concept of the platform. For 10 years, the product had been built around a loyal community and UGC. They wrote hundreds of reviews, put up ratings and collected exciting facts about the movies, discussed and argued about them. Suddenly, in one day, Kinopoisk became a platform for experts, with robust functionality and a ton of information. Developers thought it was archaic and unnecessary for a wide audience. Tags replaced opinions.

The old concept was abandoned, but the new one didn’t work, because the team didn’t consider the audience’s needs and solved only business problems. As a result, users didn’t accept the new product, believing that Yandex had killed Kinopoisk.

People don’t like it when their habitual patterns of behavior are disturbed. The mess in a bachelor’s apartment doesn’t prevent the owner from knowing exactly where everything is. The system breaks down when the apartment is cleaned up: everything seems tidy, but it is impossible to find anything. This is why the changes should be made gradually.

Completely rebooting a product is a revolution. It is only necessary if the product’s concept has become obsolete. “The ones at the top don’t want to, but the ones at the bottom simply can’t” – the audience leaves sales drop. For example, in 2014, a reboot reanimated Foursquare. The creators carried the aging check-ins into a separate Swarm application and turned the main product into a reference service. According to Venture Beat, a day after the reboot, Foursquare climbed 750 positions in the AppStore download rating.

If the product works the way it is, then caution should be taken when considering a redesign. In the article for “The Secret of the Firm,” Yury Vetrov deduces two main principles of the redesign: the new version should be better than the old one in every aspect, and the change in users’ habits – as painless as possible.

For example, Google took a radical step when its redesigned Gmail. The giant created a separate email client “Inbox” and tested the new solutions there. Reminders, sorting letters using AI and lightweight design first appeared in the Inbox. After completing the redesign, Google closed the expensive playground.

Former director of Rambler Group’s design department, Sasha Ermolenko, also believes that if the product has a rich history, you need to proceed with caution when thinking about redesigning. “We try to adhere to the evolutionary method of developing user experience by gradually and imperceptibly changing the interface of products, but this approach takes time, and sometimes there simply isn’t any,” she says.

That’s precisely what happened with the critically outdated Rambler Mail. There was no time for smooth implementation of features, so after the initial A/B testing using the company’s employees and some respondents, the updated interface was shown to the first 1% of users. Developers received feedback, finalized the product and then brought it to 5% of the audience. With each new iteration, the increment gradually increased all the way up to 50%.

The full transition to the new interface took place in three stages: acquaintance, addiction, and conversion. At first, the new “Mail” was shown to half the audience, and product testing started. The developers followed up on the errors, analyzed time spent on the site, view depth and monetization. Five months later, the second stage started. New users were connected in separate groups to test individual hypotheses. During the entire process, people could return to the old version of the site. “In addition to the main metrics, we measured the percentage of returns, which at first, of course, was quite high. Gradually, this percent declined, and after six months we reached the desired indicators. This year has helped us to jack up the new interface quite a bit” says Yermolenko.

The transition stage was as painless as possible. After all, said and done, Rambler notified the remaining users about the support for the old version. First, using neutral notifications, and then using pop-ups that were impossible to ignore. “Throughout the implementation of the redesign, users’ feedback helped us a lot. It served as an easy way to relieve stress for the audience (you can only imagine the things we got to read about ourselves there). The feedback became a source of ideas for improvements and an indicator of the weaknesses in the product interface for its team. The main thing to remember is that a satisfied user doesn’t spend time writing feedback,” believes Yermolenko.

How to Work with Conservatives

It is even more challenging to work with the conservative audience of Russian portals. Mail.ru users are accustomed to solving problems within the interface in a certain way, which they once learned. They get lost in any changes to the design or the structure of the page,” says Ksenia Sternina, director of the research department of Mail.ru Group. The news service “Pulse” appeared, utilizing users’ habit of scrolling down.

Researchers at Mail.ru noticed that if a person isn’t given any tasks but to just sit in front of the monitor with a cup of tea, he or she just keep scrolling down the page. “Social networks have taught people to scroll endlessly. Now, this is the standard for the site. When we asked the respondents, what had changed on the page, they couldn’t give a clear answer. They were surprised after a series of questions that led them on to the changes: “Are you sure it wasn’t like that before?”.

RITE Will Save the World

“It’s not convenient for the user to work with the service” – is a grave reason to start thinking about a redesign. If the company has no money for a separate test service, RITE (Rapid Iterative Testing and Evaluation) helps to identify and solve problems. Iterative testing is carried out based on an interactive prototype of the new interface. Two subjects receive basic tasks of interaction with the product: check e-mail, read the news or find a product in the online store. During the work, the researcher records only the problems that both users encountered.

Then the designer develops a new version that solves the problem. The interface is tested again but on a different set of two users. Iterations are made until the baseline scenarios work without errors. To create a working product, six rounds are usually enough. As a result, users get a clear interface that fulfills their needs. Negativity is still inevitable, but it will soon pass while an effective service will remain.

RITE is a powerful and versatile method, but it shouldn’t be used if all that needs to be done is a change to the color of a button or the size of a banner. It’s cheaper to test such edits with A/B testing.

People don’t like it when things change, even if it’s for the better. Negativity is always inevitable – you will still be criticized and asked to bring back the wall. But this isn’t that important if the result is a convenient and commercially successful product. 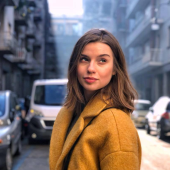 Product Development Manager at the Moscow Department of Information Technology. Producer of educational and entertainment digital projects. He writes about IT, business and modern education.